The Fourth Supplementary Prospectus must be read in conjunction with the Replacement Prospectus - together these documents form the Disclosure Documents of the Offer.

The Closing Date of the Offer has been extended to 21 November 2018.

A revised indicative timetable is below.

Montem Resources is a coal mine development company with metallurgical coal properties in south-western Alberta, Canada, known as the Chinook Properties.

These properties are located in an active mining district and in close proximity to key mines of Teck Resources (NYSE: TECK), which is a major producer of Canada’s coking coal.

Four of the properties contain previous open-cut and underground mines.

Extensive local infrastructure in the Crowsnest Pass region provides a strong platform for rapid and low cost development of the Chinook Properties.

Montem Resources’ primary objective is to re-establish mining at the Tent Mountain mine, whilst exploring and evaluating the development potential at the other Chinook Properties.

The Company has brought together a team of technical and management specialists with extensive experience in coal mining in Canada and Australia, led by Peter Doyle and Bob Bell.

Mr Doyle has over 20 years’ experience in the coal industry including roles in production, project development, marketing and management. He has been involved in successful greenfield and brownfield coal mine developments, and managed coal mines selling to export metallurgical markets.

Following the offer, the company will carry out pre-development drilling to enable a definitive feasibility study (DFS) at Tent Mountain, and apply for an amendment to the existing environmental approval.

The company will also apply for necessary licences at Tent Mountain to re-establish mining operations. It is expected the DFS and various licence applications will be completed within a year of completing the offer.

The Company will also conduct limited exploration in 2019 at other Chinook Properties in preparation to produce a preliminary economic assessment of each Project to underpin development planning.

RFC Ambrian is the lead manager of the offer.

The business of mineral exploration, project development and mining, by its nature, contains elements of significant risk with no guarantee of success. Ultimate and continuous success of these activities is dependent on many factors. There can be no assurance that activities will result in the discovery of an economic mineral deposit.

* The above dates are indicative only and may vary.

At the same time, the business, assets and operations of the Group are subject to certain risk factors that have the potential to influence operating and financial performance in the future. These risks can impact on the value of an investment in the New Shares. These risks are summarised in detail in Section 8 of the Disclosure Document.

A brief description of each property is: 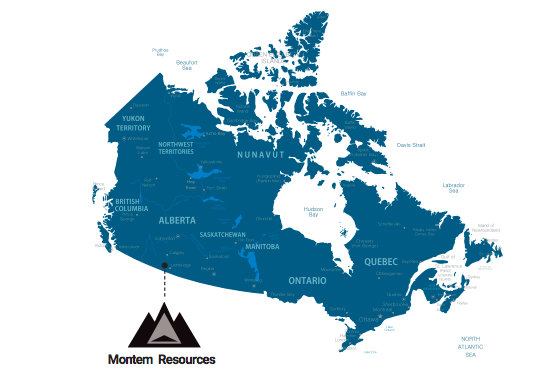 Why is the Company seeking to raise funds?

The purpose of this Offer is to raise funds to:

Recent growth in global steel use has been driven by industrialisation in China. Future growth is expected to be driven by developing countries, particularly India.

Global steel production is dominated by China, at over 800Mt crude steel in 2017. Although China is mostly self-sufficient in coal supply it is still a major importer of coking and other metallurgical coal, forecast at ~60Mtpa through 2017-2023.

India is expected to become the second largest steel producer in 2018, with most steel consumed domestically, underpinned by urban development, government investment and manufacturing expansion. India has abundant iron ore but limited metallurgical coal deposits, which are mostly of poor quality. Hence, India relies on imports and is expected to become the largest metallurgical coal importer, potentially by 2019.

Whilst historic production at Tent Mountain mine and Vicary-Racehorse was sold as hard coking coal to Japan, there is no certainty similar hard coking coal products will be produced from any of the Chinook Properties. Further drilling and sample testing will be required to confirm whether a soft, semi-soft/weak, semi-hard or hard coking product can be produced.